Happy New Year! I can't believe 2016 is already here. This past year has passed by so quickly! I wish everyone a happy and healthy 2016. Here's to more adventures in the upcoming year...

I want to mention a small incident that happened during our visit at Maho Beach. I wasn’t planning on writing about this because I wasn’t entirely sure if it was relevant, and it’s a silly thing but I guess it does affect my report because I'm missing a lot of photos! The waves really were strong that day, and the tides were high. As I was looking for a spot on the beach, I settled near a high rock in the middle of the beach. I didn’t exactly set my belonging down, because I was waiting for the rest of my family to arrive, and I was trying to get their attention. A woman swooped in and literally set her station up and sat down on the rock I was standing in front of. Her husband, uncertain - and aware she was taking someone else’s spot, followed suit. I was so shocked at her rudeness, I was tongue tied and I couldn’t say anything. I also didn’t want to cause a scene, so I moved to the lower rock next to her. I put down my beach bag and towel, and WOOSH. A huge wave came and took everything away. I chased after my flip flops, and luckily the boyfriend caught the handle of my beach bag before it floated into the ocean. Everything in my bag from my camera to my book was soaked. As a result, I don’t have many pictures from the last two and a half days of my cruise. My phone was shot after the incident. It then spent the next two days in rice, and luckily recovered. My camera recovered the next day after I cleaned all the sand out of the lens, but the battery died (because I stupidly bought the wrong charger), so I was unable to use it. So, that’s my hiccup/sob story of the trip.

Day six was our second sea day. While we were sad to be on our homestretch of the cruise, we were looking forward to be able to lounge on the ship for two days. Our plan for the day was to book our next cruise.

We slept in, and woke up round noon. We stopped by the Solarium to grab a bowl of miso soup and grabbed lunch at the Windjammer Cafe. We lounged on the deck with our phones in the afternoon. We had purchased the internet package after it significantly dropped in price on the second day of the cruise. It worked out to be $13 a day for 5 days. Boy, were we glad to have it on the last two days. We’ve become so dependent on the internet, we didn’t know what to do without it.

Nowadays, you have to book an appointment with RCI's Next Cruise desk to book your next cruise. Walk-ins are only accepted when there are cancellations. I guess on a ship this big, some form of order is required. Since we were already booked on a Carnival cruise for 2016, we were looking at 2017. We wanted to explore the southern Caribbean, so we had a good idea of what we were looking for. We settled on a 10-Night Southern Caribbean cruise on the Serenade of the Seas. At the time of booking, the second passenger's fare was half off and each person is to receive $100 onboard credit for the upcoming cruise. In addition, we each received $50 onboard credit for our current cruise on the Oasis. After our booking, we went back up to the deck to watch the sunset. 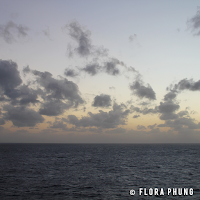 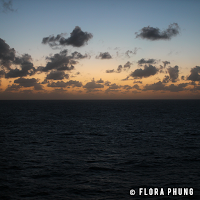 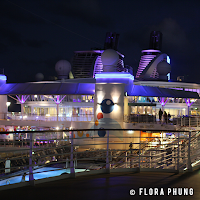 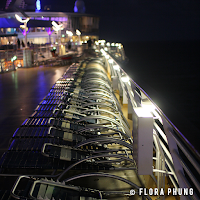 It was our second and final formal night. As usual, we got all dressed up to have dinner in the dining room. It was lobster night, and we were excited for it. On our previous cruise in Europe, the Splendour, skipped lobster night much to our disappointment. We also had a special dessert. All week, our neighbours in the dining room were eating Filipino food. One of the cruiser had a nephew who worked as a chef on the Oasis, so he was always making special dishes for them. They had a fruit and jello bowl, and our server served us some as well. Initially, I thought it was the infamous halo-halo dessert, but it wasn’t. It was very delicious, but the boyfriend and I remembered it was also Baked Alaska night, so we both ordered one as it was our favourite cruise dessert. I gotta say though, I do prefer Carnival’s baked Alaska more so than RCI’s. 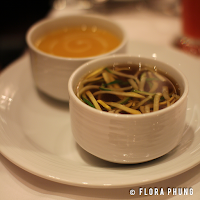 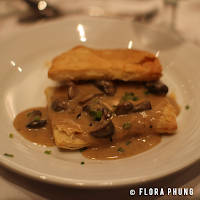 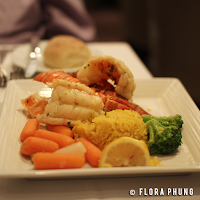 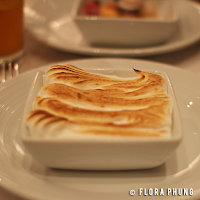 After dinner, we decided to participate in the professional photoshoots set up around the ship. Unfortunately, we didn’t end up buying any photos. I’m not sure if the skill level has gone down with the photographers but none of our photos turned out very well. There were even a few where our heads were cut off in the photo! We returned to our cabin for a quick change.

Our entertainment of the night was Come Fly With Me in the Opal Theatre. The show had aerial (trapeze) arts, dance sequences and vocal performances. It was the one show we thoroughly enjoyed during the cruise. 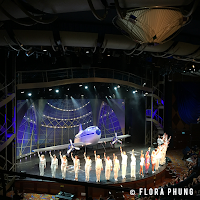 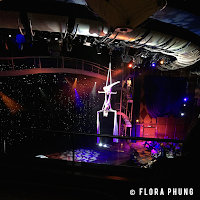 After the show, we wandered over to Studio B where The Quest Game Show was taking place. It was our first time watching this game show, and we had no idea what to expect. Well, it was definitely an adults only activity! It was hilarious watching the participants try to complete their quests, and a bit awkward at times. Some people were really willing to do anything to win! I definitely would recommend watching if you're up for some laughs on one of the last few nights of your cruise.

One more day before disembarkation in Fort Lauderdale. What a bittersweet feeling! Stay tuned as I wrap up this cruise report.