Paris: City of Lights I

Our cruise was a Southampton to Southampton round-trip, however, we decided to disembark (downline) early in Le Havre to finish our trip in Paris. Paris has been a dream destination for my entire life; so I was ecstatic about our stay.

This was our first time disembarking early on a cruise. From what I've been told, downlining is not permitted on Caribbean cruises but common on Asian and European cruises.

Le Havre is a port city in Northern France; it is a three hour train ride from Paris. As soon as we left the ship, we took a taxi to the train station, and boarded the train with our pre-purchased train tickets. The trains were not meant to take luggage, as there was absolutely no room to store luggage. We felt terrible, but we had no choice but to leave our luggage in the aisles.

We arrived in the city centre and booked an Uber to our Airbnb in Marais. We got settled in our lovely two bedroom apartment. It was siesta time, so not many restaurants were opened, so we grabbed lunch at the only restaurant opened within a two block radius: a kosher Jewish restaurant. We decided to explore the area after lunch, and made our way to Place des Vosges, the oldest square in Paris. It was nice to walk around and people watch. Parisians were lunching, reading, and resting at the park.

We took a look at the map and discovered we weren't too far from the Louvre, so we decided to take a walk there. On our way to the Louvre, we caught the Eiffel Tower in the sunset.

The Louvre was quite quiet that evening. We were able to get some good shots in without many people around.

After the sunset, we headed back to Marais for dinner. We choses a French restaurant that happened to be quite popular, and ended up having to wait a little for a late dinner. There were many ice cream shops on the block, so we decided tried one from each shop, and called it a night. Hey, who says you can't have two ice creams in one night? 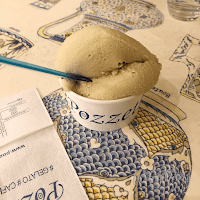 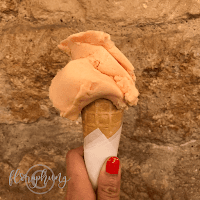