We travel often, at least two to three times per year. In 2019, we went on two big trips to Asia: China in June and Japan in October. So it wasn't unusual for us to plan a trip in early 2020. In early 2020, we found a great deal to fly down to Los Angeles, so we  booked the trip for the end of February into early March. It was a Disneyland trip. We were excited to visit Star Wars: Galaxy's Edge.

Little did we know this would be our trip for the next year and a half.

Our Disneyland trips are a whirlwind. We jump in head first, and we leave before we can get comfortable. We flew down to Los Angeles on Thursday night, and on Friday morning, we were at Disneyland's front door. Luckily, when we do Disney, we go hard. We start off running like the hare (like the classic telling of the Tortoise and the Hare), eating all the food we can, going on all the rides we can - and buying all the things we can. We slow down after a couple of days, but by Saturday night, I was not feeling well. I had a sore throat and I didn't know why. Nobody I knew was sick. I thought I just was worn out from work, and tired from not taking a breath before jumping onto the plane midweek. That evening, I even requested soup noodle for dinner (outside of the park). On Sunday, I had shortness of breath and I definitely was in no shape to be spending 12-hour days at the park. My body was aching. My husband teased me that my age was finally catching up and I was no longer a young spry. We left the park multiple times during the day so I could rest, and by the time the fireworks were on, I was in bed. I struggled through the next two days. Truthfully, I couldn't wait to go home. We were worried I would actually get turned away on our flight, because I had a terrible cough and I had lost my voice. I had no idea if I had a fever, but I was definitely very sick. To be safe, I masked up during the flight. We returned home late on a Tuesday night.

The next day, I went to my walk-in doctor, who immediately said I probably had coronavirus (what it was known at the time). He did a swab test on me (excruciatingly painful, I might add) and sent it to the CDC for testing. Unfortunately, at the time, in Canada, the belief was that you would only be at risk if you travelled to/from Iran or China. The United States wasn't on the list. The CDC threw out my test, and I was never diagnosed. As a precaution, I stayed home for the next two weeks, and for the next eight days, I had the worst body fatigue, cough, hot sweats, and cold chills of my life. I had no appetite and I was in bed the entire time. I have never been so sick. My husband became ill a week after me. By the time I felt better, and was ready to return to work - it was March 16, 2020. The entire world had shut down.

For context, I had been in close contact with international clients at work a week prior to my first symptoms. It's possible that I caught something from work or I could have caught something from someone on the flight to Los Angeles, or I just had a bad case of the flu. Regardless, I will never know if I had COVID-19 in March 2020. Between you and I, I think I did.

Here's a few pictures from our trip to commemorate the last trip we took before the world shut down.

Shanghai Stories: Venice of the East

Disclaimer: There is a currently a travel advisory issued against all non-essential and all cruise ship travel outside of Canada due to the COVID-19 pandemic as advised by the Government of Canada.

Wow! Has it really been over twelve months since I last blogged? It has been so long that the pandemic is now officially "over." It is now safe to travel if you are vaccinated. It has been an extremely busy year in our personal lives and our entire world has changed! In April 2021, we welcomed a new family member, and she has kept us busy. Meet our pandemic puppy, Dashi the Dobermann. You can follow her adventures on Instagram! 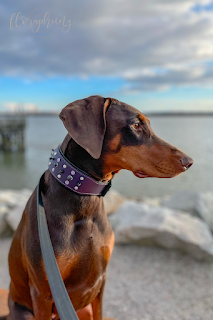 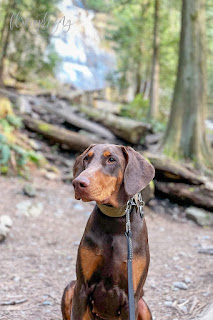 Back to our regular programming... The last time I blogged, we were coming back to China from Japan.
We disembarked in Shanghai mid-morning on Friday. As I mentioned in our embarkation post, the port of Baoshan was about an hour and fifteen minutes away the centre of Shanghai. There weren't many taxis at the port, as most passengers had family there to pick them up. We managed to secure one which took us straight from the port to our hotel, and we were luckily able to check in early. By the time we reached the hotel, we were starving, so we dropped off our luggage and headed back out to find some lunch.
Afterwards, we decided to check out to the "fake market." The "fake market" is a plaza with little shop that sell knock-off versions of luxe brand items from electronics to purses. After buying a few things, we went back to hotel to drop off our fake treasures and change. We went back out to the Bund, to People's Park (pictured below). It was a beautiful day. We had Din Tai Fung for dinner. It was delicious!

That night, we went to the Bund, and took a night river cruise. Although it was windy, it was a great experience. We paid a little extra to ensure we got a seat towards the front, because we didn't want to wrestle anybody for a spot by the side of the boat. You can see how packed the boat is before we even boarded below. We got a snack and drink along with the seat. The Bund was lit up, and it was gorgeous.

The next day, we had a trip to the country side planned. We really wanted to take a day trip to the Chinese country side. Early on, we were deciding between Hangzhou or Suzhou. A colleague had told me that Hangzhou was not very pleasant in June. It was hot and rainy, which meant there were a lot of mosquitoes and bugs at the the lake. It would not have been an enjoyable experience, so with that in mind, we chose to visit Suzhou.
Suzhou is a romantic water town also known as the "Venice of the East." The town is known for its beautiful Chinese gardens and its historical architecture.
We booked a tour with Grayline Tours, and we met with our tour guide at another hotel as a meeting point early in morning. It was a one and a half hour drive to town. It was a rather cloudy day but it was muggy and humid.
Our first stop was the Master of the Nets Garden, a UNESCO World Heritage Site. It is a classical Chinese garden with delicate gardens and beautiful ponds surrounded by traditional pavilions.

After the visit, we stopped at a silk worm factory then at Panmen Gate, a part of the ancient city wall that surrounded and protected Suzhou. At some point in history, it was the only point in and out of Suzhou. The gate involves a complex of both land and water gates, so for the reason, it is often known as the Land and Water gate.

The tour arranged for our lunch at a Suzhou Chinese restaurant.
Afterwards, we were given free time to explore the marketplace area along the canals. We also took a canal boat ride down the waterways. As per the olden days, it was traditional for the operator to perform onboard. Our singer was not great, and she was shy but she was encouraged by our tour guide, and had to sing for us... which also meant we had to tip her for her song.

I can't say enough great things about our tour guide. Our tour guide was fantastic, she spoke great English, and explained all of the sites in detail. She was happy to take pictures for us, and gave us plenty of time to shop. One of the best tour guides I've had on any tour!
That evening, we were dropped off by the Bund again. We ventured out to a well-known xiao long bao restaurant for a light dinner, and stopped by a few more food stands to try some different foods. We also went back to Nanjing Road for shopping, and ended up staying much later than expected... because I ordered a bubble tea from a popular Chinese bubble tea shop that had an hour and forty minute wait. I blame the language barrier, because I had no idea the wait was that long when I ordered it! Don't get me wrong, Shanghai felt very safe late at night. Nanjing road was still bustling and we never felt unsafe or at risk. However, we were cutting it close to the last train back to our hotel.
I wasn't about to leave Shanghai without one last bubble tea! There are bubble tea shops everywhere in China - and they all have long lines. After I got my bubble tea fix, we headed back to our hotel, settled in and got ready to fly out the next morning.
Shanghai was a beautiful city and I enjoyed exploring the city so much. There was so much to do, see and eat! We spent around 10 days there in total, Disneyland included, and it was just about the right amount of time for us. Without a doubt, we want to go back and visit other cities in China, and we can't wait to go back once it is safe to travel to China again.
This entry concludes our trip to China in May 2019... but come back soon. I'll be continuing my blogging with our following trips soon:
Posted by Flora at 17:13 No comments: