Hello readers out there! We are back from our Oasis of the Seas cruise. It was so nice to get away from real life. We had a very relaxing cruise with pleasant weather during the cruise and at our port-of-calls. We did have a couple of large hiccups on the way home, but let's discuss that towards the end. Let's start the review with the cruise as promised. This will be the first of a seven part review, I hope you enjoy reading along as I relive my short, but sweet cruise!

Where did I leave off last? I think I was in Fort Lauderdale! We had endured a long journey to Fort Lauderdale. Including the flight times, our layover in Chicago, and the time change, our trip totaled to 12 hours. By the time we arrived in Fort Lauderdale, it was past midnight and we were all exhausted. We had a quick check in at the Hyatt House and went straight to bed. We woke up at noon the following morning and picked up our car rental for our shopping day at the Sawgrass Mills Outlet Mall. Fort Lauderdale was cloudy but humid - weather that I very much prefer over Vancouver's.

Saturday was embarkation day! Our hotel was close to the port as it only took us five minutes. We dropped off the boyfriend's parents and dropped off our rental car with Avis. When we arrived, there were huge crowds waiting to go through security. I'll admit, this wasn't the most fun or pleasant process. Actually, this was probably one of the worst crowds we'd been through. The decks were separated into two group and each group was to queue up on the left and right side. When we asked the crew members if there was a difference between the queues, they said no. But only when we made it to the entrance of the queue where the rope began that we noticed, that we were in the wrong line. Many other passengers noticed as well, so everyone tried to cut in front of other passengers to get into the right queue. It was not pretty. It was very disorganized and hectic, and there were no authority figures to tell us where to go. 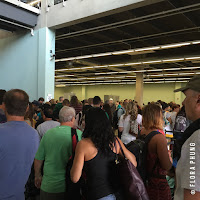 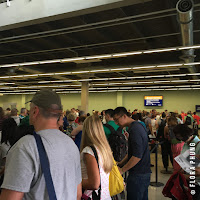 After all the commotion, we finally boarded the ship, and we were allowed to go straight to our rooms! I'm not sure if its a Carnival thing but we always had to wait in the terminal for hours for boarding, and then some to enter our cabins, no matter what time we arrived for a Carnival cruise. Our cabin was on deck 3, starboard side, facing forward. 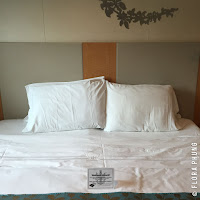 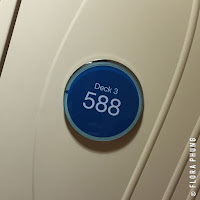 After dropping off our carry-on luggage, we headed upstairs to the Windjammer Cafe for lunch. The food was mediocre, nothing special but again we noticed there were no utensils anywhere in the restaurant. We took a quick walk around the ship, but I wasn't able to get many pictures due to the torrential downpour. As the ship left for the ocean after our mandatory muster drill, the rocky waves began. It was rockier than usual and I definitely have no experienced such strong waves on a big ship. As a precaution, I took a motion sickness pill (biggest mistake of my life). We were tired from all the hoop-la, so we both decided to take a nap before dinner. 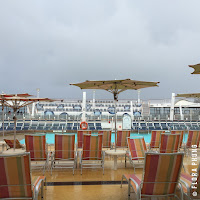 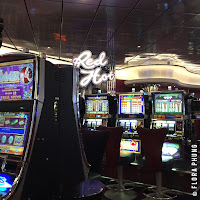 Our family had early dining reservations in the Grande dining room. Our waiter, Kevin, was a comedic character. He was always joking and laughing and that's exactly the service we appreciate! There is nothing worse than having a way too serious waiter and believe me, we've had some (re: ice cold Carnival). By the entree, I was falling asleep. It didn't say non-drowsy on the bottle! 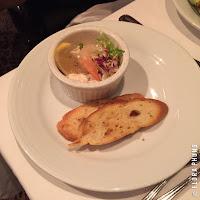 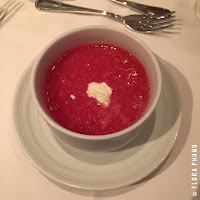 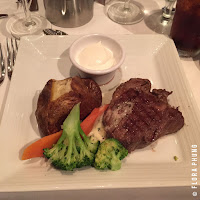 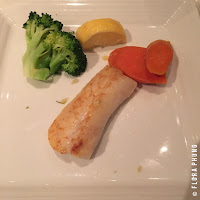 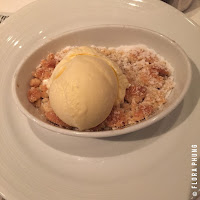 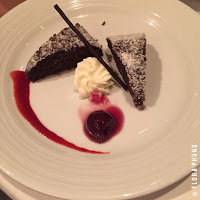 Unfortunately due to the wind and rain, the acrobatic water show, Oasis of Dreams, was cancelled. We walked around the ship to try to stay awake and ended up in the arcade. Free play!

Stay tuned for day two on the Oasis of the Seas...

Navigate through our cruise here: