A Visit to Vietnam: Introduction

Last week, we made an overseas trip to Vietnam. It was a short trip, as my fiancé was there on a work tour, and I was tagging along for a few days of sightseeing. This was our first time in Asia; and although, we are both Asian and we were warned - there was still a bit of a culture shock!

Over the years, Vietnam has become one of Southeast Asia's most popular tourist destination. Ho Chi Minh City, or Saigon as it was known as before 1976, is a completely modern world. The city was hectic and chaotic, but the suburbs were much calmer and traditional.

Our flight to Vietnam was our longest flight to date. We flew 12.5 hours to Taipei and connected from there to HCMC on a 3.5 hour flight.

The first few days did not involve much sightseeing. We stayed in the Binh Duong province, a significant manufacturing zone just an hour and a half north of HCMC. Although there was heavy traffic, it was a quiet area. Not many people spoke English in the province. During these first few days in Vietnam, we also ate a lot. I felt like we were going on a bit of a food tour! Every morning, we woke up when the rooster crowed to enjoy the sunrise (pictured below) and we were served a home cooked Vietnamese breakfast - usually rice or noodles. 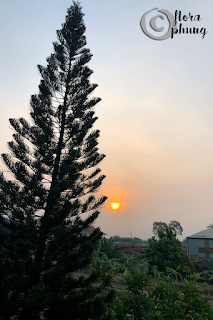 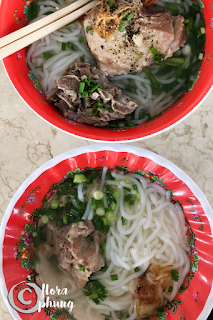 Also pictured above is home cooked Vietnamese pork noodle soup, also known as banh canh. It is a simple, clear pork stock packed with flavour from hours of simmering with thick, chewy noodles and pig's knuckle. I usually opt for just the meat, and skip the knuckles, but I definitely recommend this dish! 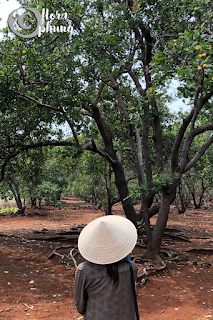 We visited cashew forests and supermarkets to try locally grown fruits (above). Of course, we had to have pho in Vietnam. Unfortunately, it was not homemade and tasted very much like the pho at home. We also tried drinks from Phuc Long, a popular tea and coffee chain (below right). I would consider it as the Vietnamese Starbucks because there was one at just about every corner in the city. 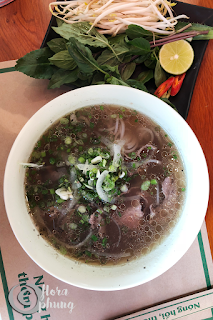 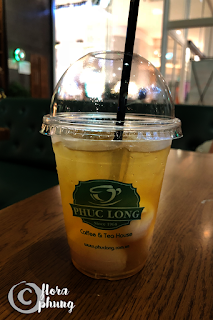 We also experienced our first Thai massage. In my opinion, this is a must-do! Masseuses do not use oils or lotions in a traditional Thai massage. Instead of "massaging" the muscles, the body is pulled, stretched, rocked and compressed. It was definitely not what I was used to, but it did relieve some aching muscles!

We were off to somewhat of a slow start, but it gave us a bit of time to get into the rhythm of life in Vietnam. It also allowed us to get used to the hot, dry and humid weather because we were spending equal amounts of time in the outdoors and in air conditioned spaces. I can't imagine how hard it would have been had we been thrown into the "desert" right away! But boy, people weren't kidding when they say it's a different kind of hot in Vietnam. The air is so thick you could almost cut through it with a knife. It was definitely not comfortable if you are outside for a long period of time, but we were a little accustomed to this weather due to our trips to the Caribbean (minus the ocean breeze). And I enjoy hot weather, so I wasn't as uncomfortable as my fiancé.

In the next half of the week, we toured the Mekong River and Ho Chi Minh City. Stay tuned for our surf and turf adventures in Vietnam!
Posted by Flora at 03:02