Vancouver is a beautiful city to call home, but I've always had a yearning desire to travel the world. I'm always planning our next trip - even before we return from our current trip. However, our next family cruise will be in September, over a whole year later after our last. So at the beginning of the year, my girl friends and I decided to go on a road trip in the spring to get us the heck outta Vancity.

We decided a long weekend trip to Portland, Oregon would be a good idea for a girls' trip. We didn't do much planning or research prior to this trip. Granted, two of my friends had gone on road trips to Portland before, so I put my trust in them.

Our Friday started at 7:30 AM. One of my friends drove the entire time. Yes, she's a trooper! It took us a whole day to get to Portland. This included a long border wait, a lunch stop at the Cheesecake Factory, a stop at Uniqlo in Bellevue, a couple bathroom breaks and a stop at the Nike outlet. By the time we arrived at our hotel, it was 8 PM. It was a looooong drive. 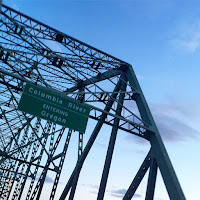 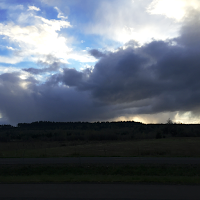 We stayed at a Best Western just outside of the city centre near the airport. It was a close 10-15 minute drive into Downtown, but because it wasn't in Downtown, the rate was much lower. We settled in at the hotel, freshened up, and headed into town for dinner. Because it was late, we headed to the Pine Street Market for Marukin Ramen and dessert from Wiz Bang Bar (Salt & Straw). We also got some freebies from Trifecta Annex. At the end of the night, they leave out unsold pastries and bread. They were still fresh! 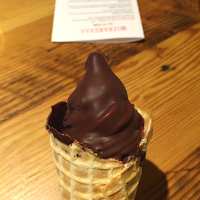 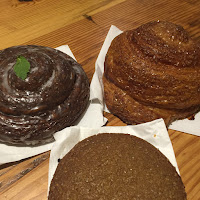 Our Saturday started with brunch at The Tin Shed, where we had to wait about an hour for a table. No biggie, because the food was delicious! 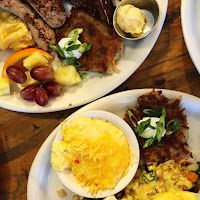 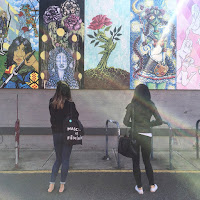 We walked around the Alberta Arts Neighbourhood, and popped in a few stores and grabbed a coffee from Petite Provence. The area had a lot of street murals on the buildings.

Afterwards, we went back to Downtown. We found a great brick wall for a photoshoot, but we eventually decided to walk over to Northwest District. It was quite a walk - almost 20 blocks! There, we stopped by Blue Star Donuts and shopped around the area. We walked back to Downtown for dinner. We ended up waiting for over an hour for a table at Luc Lac Vietnamese Kitchen. It's similar to Phnom Penh in Vancouver. I personally prefer Phnom Penh for its authenticity and taste. 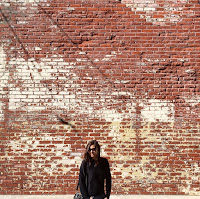 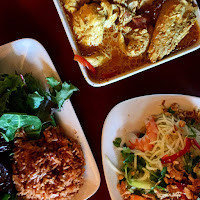 The next morning, we had a plans to head out to the coast. But first, we stopped by Voodoo Doughtnut early in the morning. Even though we were there at opening, we still waited for about half an hour for our donuts. The drive to the water was about an hour and a half on a one lane winding road. Upon arrival, we grabbed a quick bite at Tom's Fish and Chips. We spent about two hours walking along the beach, and admiring Haystack Rock. It was very windy and cold; the waves were roaring.

We started our trip back home in the late afternoon. We stopped for dinner at Red Lobster in Lynnwood before crossing the border late that night.

So that concludes our girls' trip! It was a lot of time in the car and a lot of food (and a lot of waiting!) in a short amount of time! I would have enjoyed a longer road trip, just to able to take everything in. However, we did the best we could with three days, and it was definitely worth the trip.
Posted by Flora at 19:08