Missing the Mark in Morocco

Morocco was the main reason we decided to book this cruise. The port of Agadir was only on the itinerary once a year, so it was what sealed the deal for this cruise for us.

We had a sea day in between Lisbon and Agadir, Morocco. So we were well rested for our day in Morocco. Agadir is a beach resort destination, but the port is a commercial. It was not very welcoming as there were stacks of containers in a very industrial environment greeting us.

I really desperately wanted to love Morocco - and I tried, but things just weren't in our favour. Marrakech was about a 3 hour drive away, so a 6 hour commute in total, and with a $300 price tag, we decided to choose a different tour. We chose to tour Taroudant, also known as "Little Marrakech." Taroudant was a bit closer with a 3 hour commute. We saw something interesting on our way there. In Morocco, there's an eye-catching phenomenon of goats on trees. Morocco is famous for their argan trees, which is where Moroccon oil - or argan oil comes from, and goats are attracted to the smell and taste of the tree fruit - so much so that they will climb the tree for it! We had the luxury of driving past many trees with goats, and our tour guide allowed us to stop for pictures. We also made a stop at a restaurant for a traditional Maghrebi mint tea. I'm not sure if it's made differently at other restaurants or hotels, but this restaurant did not not rinse or wash the peppermint. Our cups of tea were filled with bugs. No one on our tour actually drank the tea. I took a small sip after taking some bugs out and it tasted delicious, but there were way too many bugs in the tea. It was too bad, I really wanted to enjoy it. 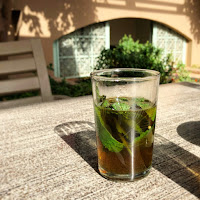 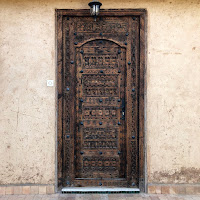 Moroccan architecture is very unique and distinct. There is a lot of geometric designs, ornate tiles and bright colours influenced by Islam. 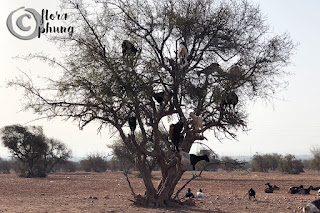 Unfortunately, the souk wasn't anything like what we had expected. We had hoped to visit a marketplace with local food, souvenirs and handmade crafts. Instead, we were at a flea market with junk and secondhand knick-knacks. Merchants were haggling the tourists and trying to trap them in their stores. It was very chaotic.

When the tour returned us to the ship, we wanted to venture out on our own. We still had half a day and we thought Agadir had more to offer. However, the shuttle service hired by Royal Caribbean had been shut down. According to the crew, the shuttle wasn't dropping the passengers off where they were supposed to so the ship stopped the service - I guess that should have been our first sign to stay on the ship. Well, we decided to take a cab. Most of the cab drivers didn't want to take two passengers into town - this was our second sign. They didn't think the trip was worthwhile for them. They also wanted us to pay in Euros. We had Moroccan dirhams and they wouldn't take it! This was because they charged double the amount in Euros, so essentially, they were trying to rip us off. We finally found a driver who was willing to drive us into town, but he didn't speak any English. We got dropped off in the city centre, and walked around the area. I'm not exactly sure which area we were in as there were no landmarks or attractions. There were a lot of hotels with little souvenir shops, so it felt like a tourist area. By the time we reached the beach a couple of hours later, the weather had done a full 180˚. The sun and blue skies were gone, the sky was grey and cloudy. It was windy, sandy and cool. We were disappointed, and decided to head back to the ship. We had a lot of trouble tracking down a cab, even in the hotel area.

We didn't feel entirely safe in the city of Agadir when we explored on our own. There were a lot of men hollering at me even though I was with my husband. With the series of disappointing events, we felt like we weren't able to experience the real Morocco. I don't know if we'll ever be back, because it's such a far trip. But I would be open to re-visiting in the future.
Posted by Flora at 02:23