For the Love of Dumplings

Over the weekend, I had a chance to attend the Golden Dumpling Cook Off and Derby. The Golden Dumpling support the Chinese Elders Community Kitchen, a program in the Downtown Eastside Women's Centre. It encourages Chinese elders to connect over a meal in a safe space. 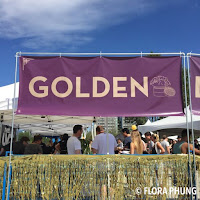 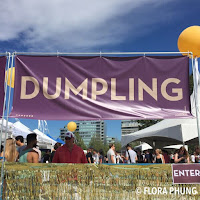 The event took place at the Food Cart Festival in the Olympic Village. We arrived early but the crowds filled the grounds quickly. This year, seventeen of Vancouver's best chefs competed for the trophy. There was a bit of everything, classic dumplings and some unique, innovative dumplings as well. My personal favourite was Sai Woo's, which was a pork and garlic scape dumpling in laksa. Ultimately, La Mezcaleria took home the trophy with their deep fried pork dumpling topped with habanero-orange jelly and spicy pickled red onions. 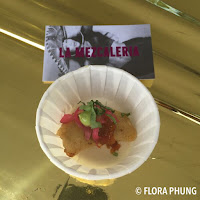 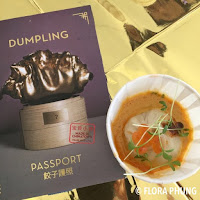 After trying all the delicious dumplings the chefs had to offered, we were all dumplinged out! My colleagues and I had a great time at the Golden Dumpling Cook Off and we hope to be back next year.
Posted by Flora at 23:06