Happy October! Time sure flies when you're having fun, doesn't it? Well, it has actually been a slow month, with not much going on in September (except for work, work and work). But I still can't believe we're in the tenth month of the year already! Blink, and it'll be Christmas.

Slowly, but surely, our embarkation date is getting closer. The countdown officially begins... in ten days! I'm a bit behind in the packing game this time. However, phase two of cruise planning entails booking hotels and finalizing plans before/after the actual cruise, and we've done that! So we're still on track. Usually, this is done two months (or more) in advance, but I'm just late to blog about it.

We've booked our hotel for our two-night stay in Fort Lauderdale prior to the cruise. It is usually quite difficult and expensive to book a hotel the nights leading up to the cruise. Unfortunately, our first choice, Best Western, where we have stayed in the past, was fully booked. The boyfriend found a good deal online with the Hyatt House, which is conveniently located by the cruise terminal. There were also a lot of inexpensive options by the Sawgrass Mills Outlet as well. Since we arrive just before midnight on Thursday night, we will only have one full day to spend in Fort Lauderdale. Our plan is to go to Sawgrass Mills on the day before our cruise. Since we staying by the cruise terminal, we are renting a car to drive to the outlet. Alternatively, if we have stayed by Sawgrass, we would have rented a car to drive ourselves to the cruise terminal (a cab ride would be too expensive!). Therefore, it made no difference which area we stayed in. During our one night stay after our cruise, we will be staying at the DoubleTree by Hilton. I am really looking forward to their famous chocolate chip cookies. It is by far the best chocolate cookie I've had in my life. There is also a hockey game that night we are hoping to attend. The New York Rangers will be in town playing against the Florida Panthers. Being such huge hockey fans (what's up, Vancouver?), we don't want to miss this opportunity. But we'll commit when the date is closer. 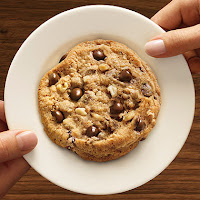 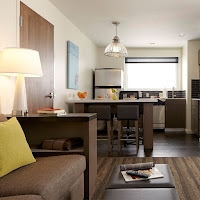 Remember I said I wouldn't mind giving My-Time Dining (MTD) a try? Well, it looks like it's not an option anymore because we made it to Traditional (Early) Dining! I was going to call RCI to ask them to take us off the waitlist but when I went to check our reservation (yet again), we were no longer on the waitlist! It was definitely a surprise, because the agent I had spoken to told me the chances of making it off the waitlist was slim to none. At least we won't - or I won't have the headaches of making dining reservations anymore.

Since we do have two port days with late boarding times, we will miss our Traditional (Early) Dining times on those nights. We are planning to stay offshore until final boarding unless the weather is unfavourable. However, we've decided to use this opportunity to try some of the specialty restaurants on the Oasis. We'll probably end up booking while we're on board, it's always much harder for me to make a decision before the cruise. More researching to do!

We're praying for pleasant weather during our cruise. It is still hurricane season in the Caribbean in November, and upon hearing Hurricane Phoenix had caused a bunch of ships to re-route last week, we're hoping that we won't come across the same conditions.

I'll check back in with packing updates when our countdown begins in ten days. Until then...
Posted by Flora at 02:01