I have been unhappily busy with work, so I apologize for the long gap between posts. This is a long overdue entry but I figured it should see the light of day.

As a little getaway for the 25th anniversary of my birth, the boyfriend and I took a little trip to the Seattle area. Our main destination was Point Defiance Zoo. I was lured here by the clouded leopards. I learned about them online and was fascinated by these creatures. Clouded leopards are an endangered species that are found in Southeast Asia. These cats are known for their distinctive dark clouded spots on their dark yellow fur. They have relatively short legs and large paws. Their long tails help them balance while climbing and hunting on trees. The number of clouded leopards have declined in the wild due to poachers, thus breeding programs have been founded to keep the species alive. Clouded leopards are known to be friendly and playful creatures in captivity and you can definitely see this in the leopards at Point Defiance Zoo. 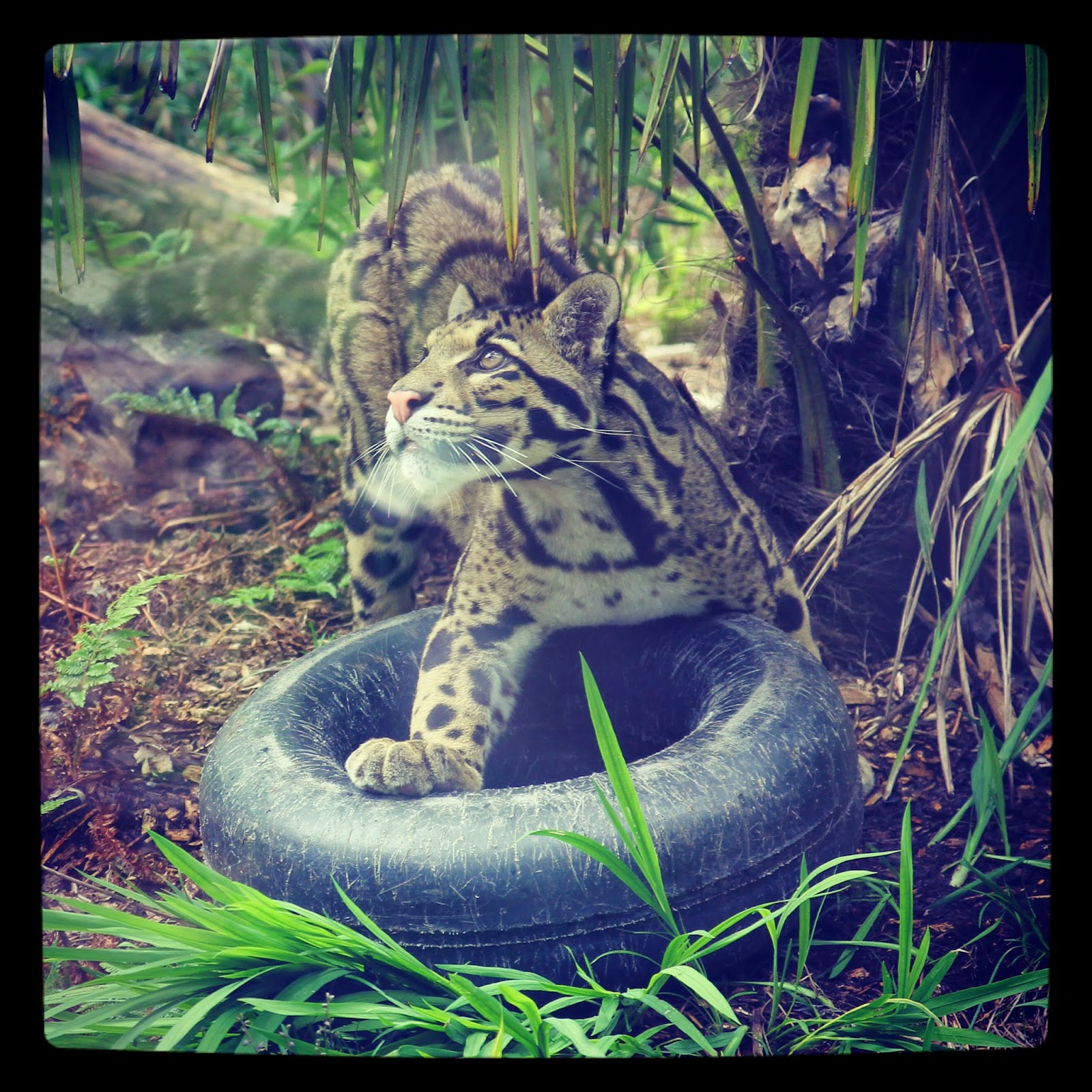 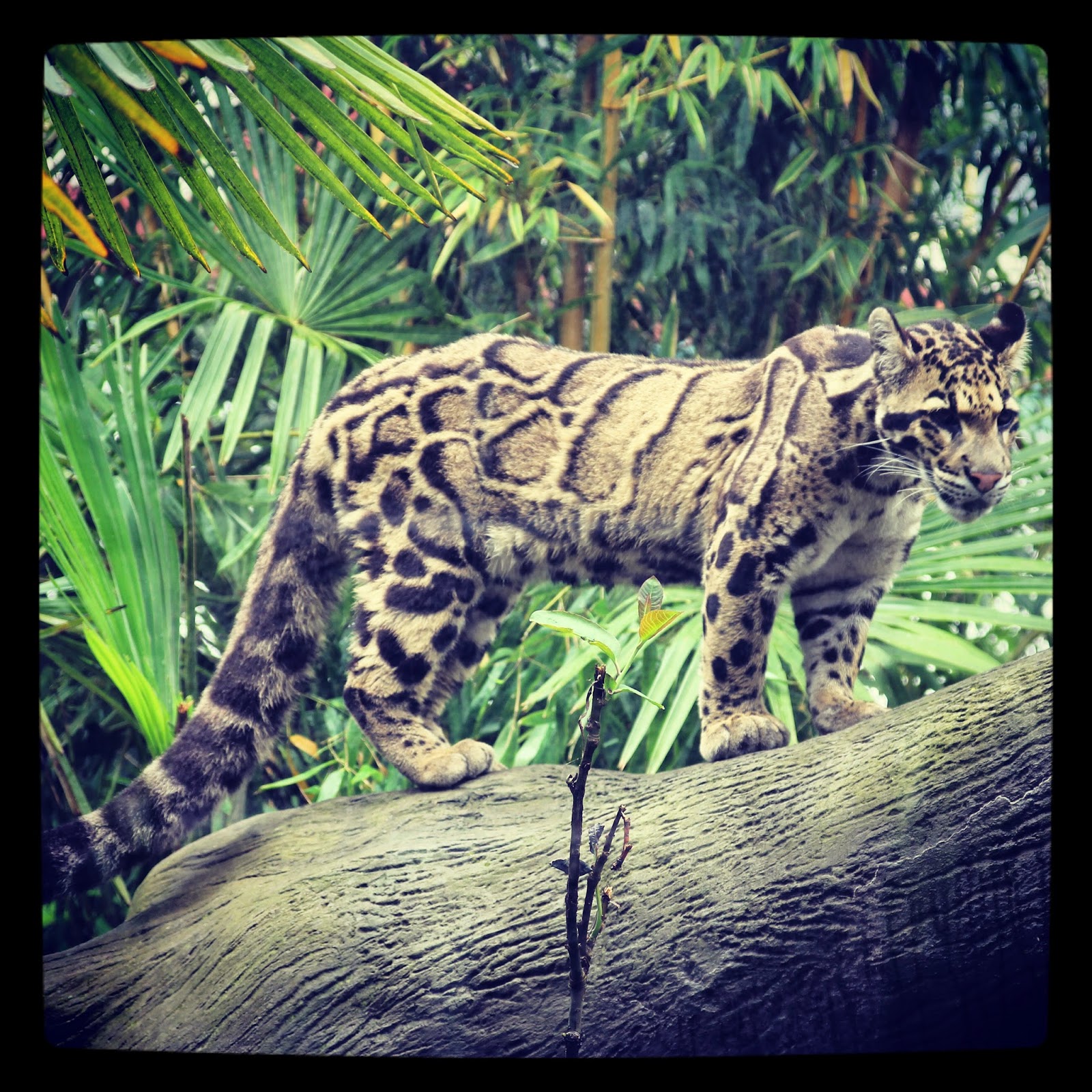 We also spent a lot of time with these guys. Both tigers were born within months of each other, but are not brothers. Berani is a Malayan tiger and Dumai is a Sumatran tiger. We had the opportunity to see them play fight - 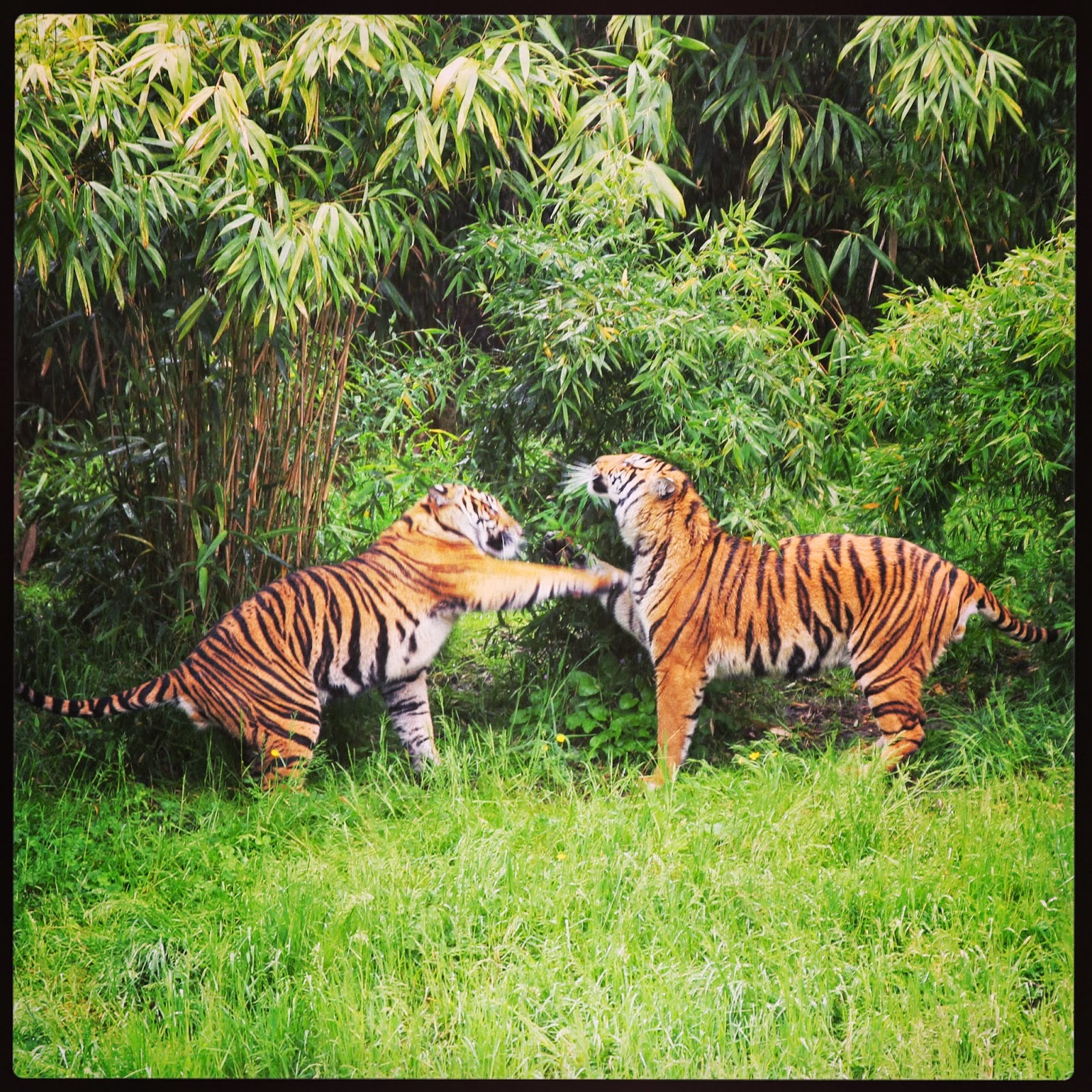 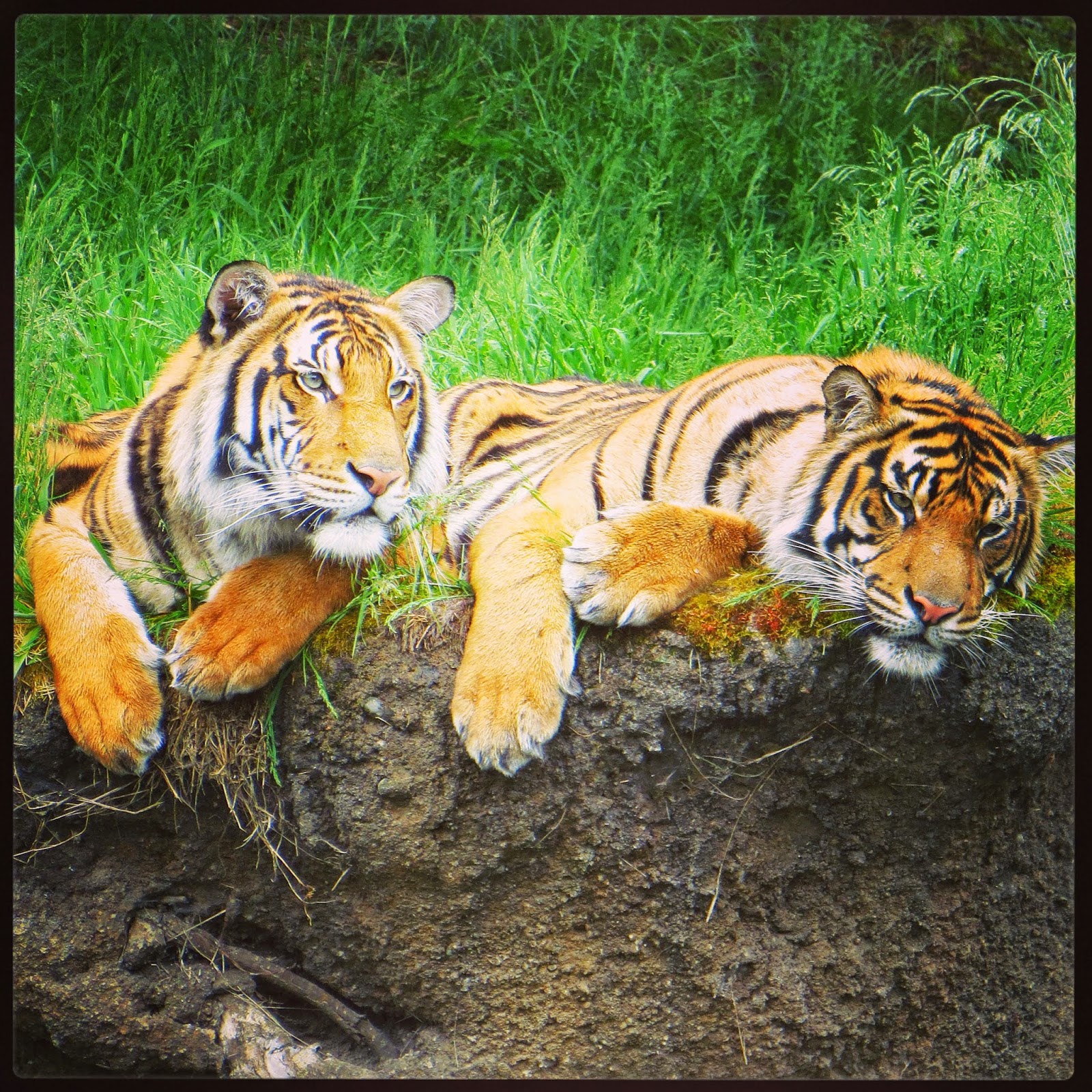 Now , I normally have a hard time at zoos. Especially at Disney World. I hate seeing the animals out of their natural environment and I hate seeing them confined in cages. But seeing these guys playing so happily and at ease makes me feel a little better about their living environment. It's a very gray area. Animals in zoos are protected, and most are in conservation programs, however you can see how unhappy most of the animals are. They are pacing, and they look uncomfortable. Animals in the wild are living in their natural environment but are hunted by humans (and other animals, but hey, that's the circle of life!). I guess you can't have it all. It's either one or the other. 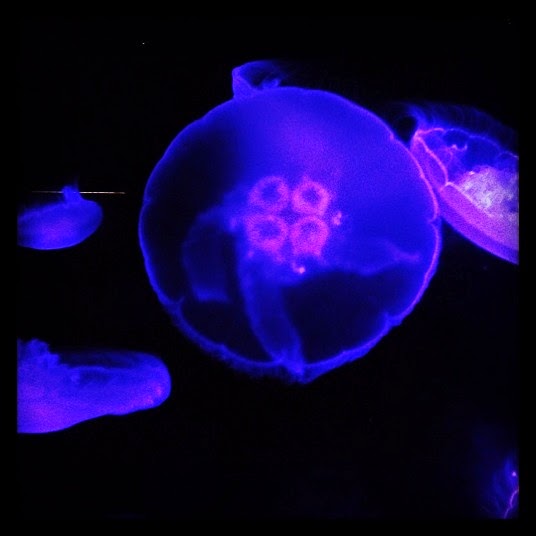 Bonus picture of the jellyfish!